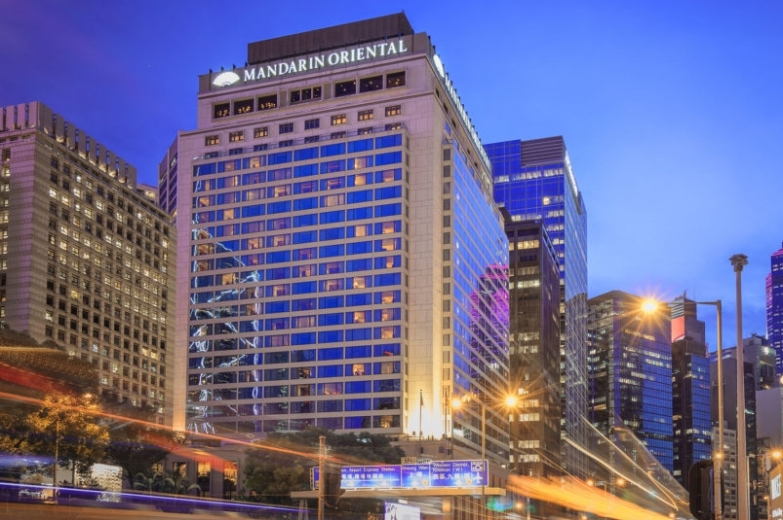 Originally called The Mandarin, the hotel was built in 1963 on the former site of the colonial Queen's Building on the waterfront in Central Hong Kong. The cost of construction was HKD 42 million, and HKD 66 million was spent on interior decoration. Leigh & Orange architectural firm designed the building while the interior was designed by Don Ashton.[3] The Mandarin opened in 1963, and at 26 storeys, it was the tallest building in Hong Kong. It was the first hotel in Hong Kong to have direct dial phones and the first in Asia to include a bath in every guestroom.The Mandarin was originally adjacent to Victoria Harbour, but as a result of extensive land reclamation in the waterfront area, the harbour is now several blocks away. In 2003, the hotel was the site of the suicide of actor and singer Leslie Cheung, who jumped from the 26th storey of the building.